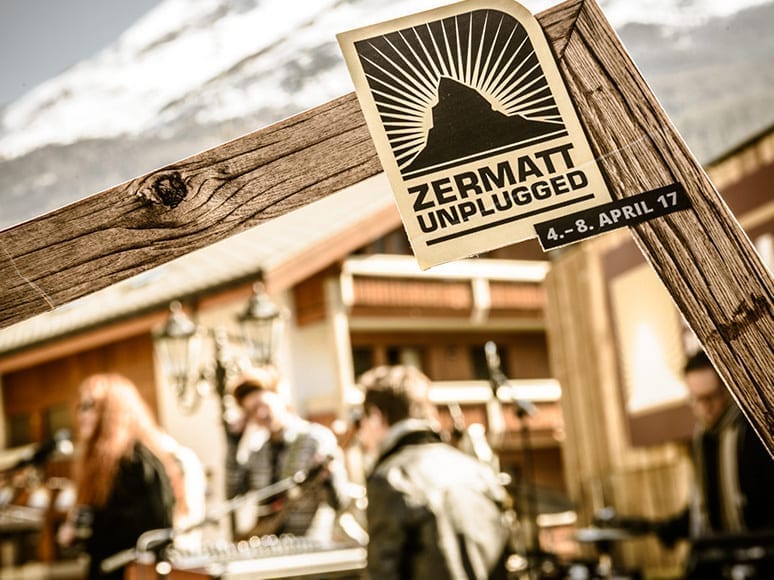 Since 2014 there has also been music at the highest heights – in the truest sense of the word. Then the musicians of Ronnie Scott’s Jazzclub London perform outdoors at the Gandegghütte (3,030 m). This means that guests come as winter hikers or in ski suits and ski boots and dance in the snow.
The Sunnegga Session also has its loyal regular audience. In the evening, you take the funicular railway up to the Restaurant Sunnegga together with the musician, where the aperitif with a view of the mountain panorama and dinner are ready. Finally we go to the concert hall. A lot of red plush, only 100 listeners and an impressively intimate atmosphere.

Ronnie Scott’s All Stars: at the Gandegghütte (3’030 m) and the Hotel Mont Cervin Palace
Sunnegga Sessions (2’288 m), each Thursday and Friday

“I was there when…” you can say one year later, when a newcomer appeared in Zermatt and soon after conquered the charts. So happened with Bastian Baker, 77 Bombay Street, James Gruntz or Dabu Fantastic.

Your stay with us in Zermatt; always at the best price

Not only the big platforms have good deals, but we too.
Book directly through our hotel page and benefit from the best price guarantee.

The following benefits await you when booking directly through our website: